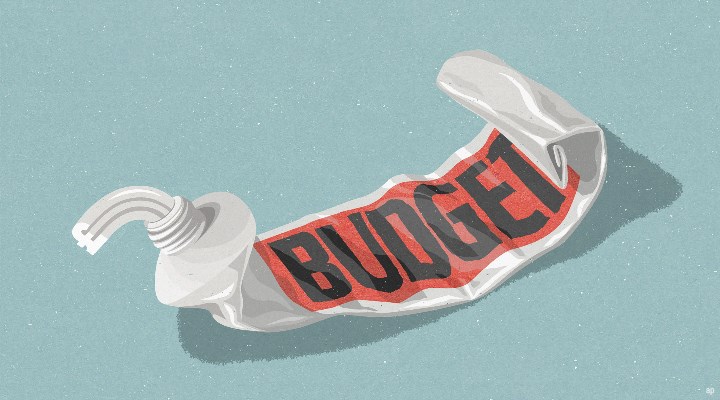 People (including this post) have been using the term “record inflation” all year, and it’s the overall response to new Consumer Price Index (CPI) numbers today – the highest since 1982.

The Office of National Statistics (ONS) released more UK inflation figures this morning, revealing that, year on year, the CPI rose by 12.1%. This is a 0.6% increase from June, when the figure was 9.4%.

Food prices have been behind the biggest change in inflation this month and, with hikes in energy bills expected, the Bank of England does not expect this to be the peak. Announcing the interest rate hike earlier this month, Bank Governor Andrew Bailey said “inflationary pressures have intensified significantly.” It now expects it to hit 13% this year before it peaks.

The repercussions of rising inflation are also affecting wages in the UK, which are falling at the fastest rate on record. According to the ONS, total pay in July, including bonuses, fell by 2.5% and regular pay by 3.0%.

So what are industry professionals saying about the new numbers? We’ve compiled the answers below.

“Rising inflation is putting real pressure on real wages, even with strong wage growth. And with rising energy bills coming in October, the situation will only get worse.

“To avoid a blow to consumers, significant additional fiscal stimulus would be needed beyond what is currently being offered by either candidate to be the next Prime Minister.

“However, if enough stimulus is provided to largely offset the blow to consumers, the Bank of England may well feel the need to continue raising interest rates. This could then pose a risk to the consumption and the housing market via higher mortgage costs.

“So unless wage growth and therefore underlying inflationary pressures subside on their own without rising unemployment, UK policymakers are stuck between a rock and a hard place.”

“The measure of inflation is ‘one size fits all’, so depending on your age and lifestyle, your reality may look entirely different. This is particularly relevant for retirees, who spend most of their time at home. Although next year’s state pension rise of 3.1% may seem helpful at first glance, it is largely overshadowed by higher inflation rates.With skyrocketing energy bills as well as cost food and high oil prices – which rose by 39% between July 2021 and July 2022 according to RAC data – contributing to the cost of living crisis, many retirees will struggle to maintain the same standard of living. “

“Assessing your finances to ensure you are prepared for the future and better protected against further rises has never been more important and for many this will mean seeking some form of professional financial advice.”

“Relying solely on monetary policy to lift the market leaves room for recession to join the party, potentially opening another box of economic turbulence. Government policy will need to focus on growth in order to avoid a long or severe recession.

“Much of the attention is focused on mitigating rising energy bills ahead of October, with many households seemingly unaware of how big the next energy price cap increase could be. As the Tories and Labor clash over how best to deal with the situation, households should look to hedge their investments against inflation to grow their savings over the long term.”

“In inflationary environments like this, it’s critical that families and individuals take steps to protect their savings. Interest rates remain well below inflation, so our hard-earned savings and d vitally important assets may quickly erode if they languish in bank accounts. Investing these savings, particularly in stocks, is an option families should consider, as they can offer both the potential for capital and income growth, as well as additional income potential that would certainly be welcome as the cost of living crisis continues to pinch.

“Another thing for families to consider is that diversification is our friend in times of uncertainty. As the pressure of rising costs and the impending recession begins to weigh on specific industries, investing in collectives, for example, allows investors to spread their exposure across a range of sectors and regions rather than relying on a few single equity investments.”

“Higher-than-expected inflation will underscore the extent of the crisis the UK is currently facing. again revised higher Given their indication of data dependence, this will likely cause markets to reassess their potential hiking path higher.

“The Bank is caught between a rock and a hard place as further tightening is likely to cause a deeper recession, with consumers pressured even further. This could be offset somewhat by government handouts, which ironically could make the inflation problem worse.”

“Already spending more to get less, many households have made significant savings due to the rising cost of living, and there are no signs that this will change.

“We need to know in the next few days by how much the energy price cap will increase from October 1, which will increase the pressure on the budgets of more than 20 million households that are not subject to a fixed tariff. “

“Double-digit inflation in July is a double trouble for the BoE. Lower gasoline prices should help ease the pressures a bit in August, although our online data from PriceStats suggests this could easily be offset. by still robust increases in food price inflation seen so far in the month.All this ahead of October’s rise in the energy price cap suggests that the peak in UK inflation could be even higher than the 13% forecast The BoE must now move in clips of at least 50 basis points at every meeting this year.

“The flashes of light at the end of the inflation tunnel come from a slowdown in the underlying pace of price growth, and early signs of an easing in global oil prices and a slowdown in the global oil market. UK employment Brent oil prices are below $95/barrel from a high of $120 as the UK job market added just 160,000 jobs over the past few months. last three months, well below expectations.”

“The ONS data indicates that inflation has risen more sharply in the UK than in other G7 countries such as France, Germany, Italy and the United States.

“In the U.S. for now, retail sales appear to be holding up, which has buoyed Wall Street, but even the wealthiest household shoppers are looking for bargains, with discounts helping to push Walmart’s profits higher. Investors latched onto this as a sign of consumer resilience and an indicator that the U.S. could avoid recession, but it could also be interpreted as a sign that buyers are battening down the hatches and preserving their dollars and cents for the tougher times ahead.

“With energy making up such a large part of the inflationary pressure, the decline in the price of oil since the beginning of the month will provide some relief. The price of Brent Crude has risen slightly since falling below $93 a barrel yesterday. , after a US inventory report showed a bigger-than-expected drop in crude stockpiles.Hope remains that a deal could be reached with Iran to revive the nuclear deal and lift sanctions, which which could push an additional 2.5 million barrels per day into the market, helping to keep prices lower. This deal is unlikely to be imminent, but concerns about a dramatic slowdown in the global economy are likely to keep a cap on crude oil prices.”

“The continued surge in inflation, combined with falling real wages, means it looks increasingly unlikely that the UK will avoid a recession. Food prices have risen, intensifying the cost crisis of life, but beleaguered consumers can expect While the BoE will need to maintain the upward pace it has now set, the increased likelihood of a recession in the UK means the pound will continue to struggle against the US dollar thanks to the yawning economic chasm between the two.