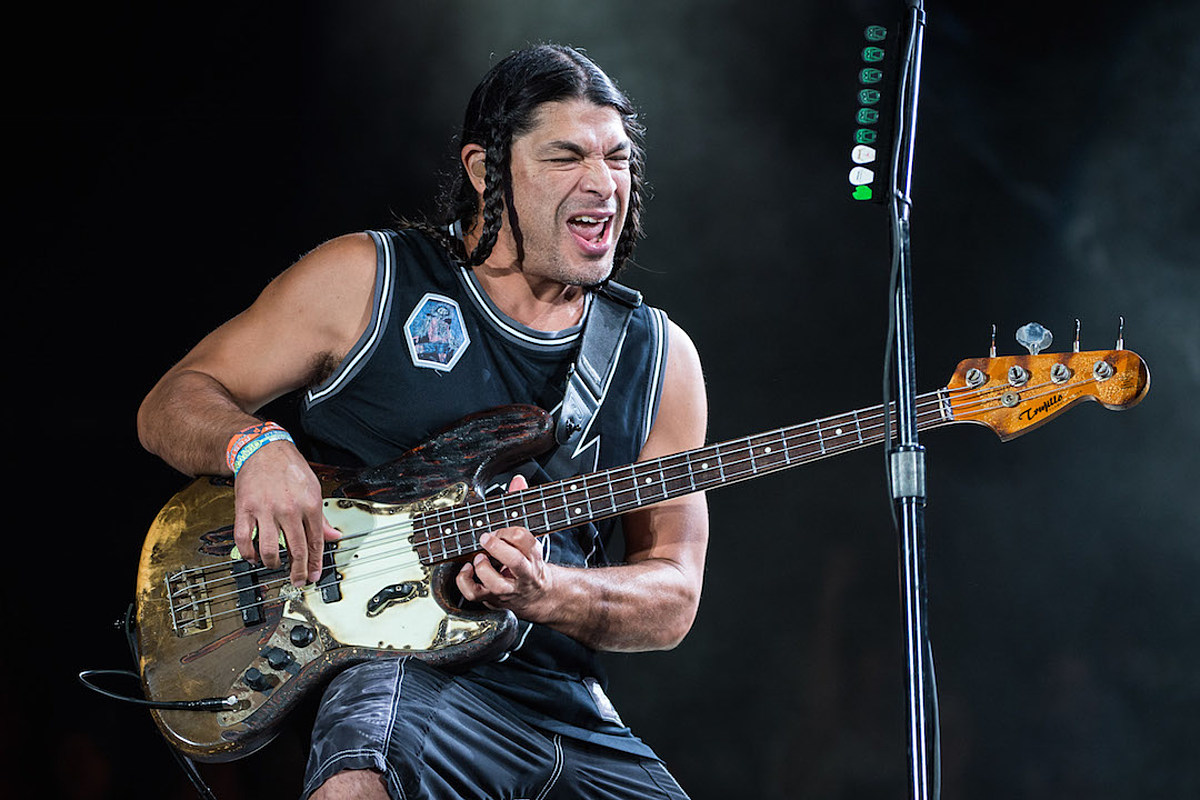 Metallica bassist Robert Trujillo was a guest on The ex-man with Doc Coyle podcast and he offered some great advice for young musicians as well as the advice he gave his son, Tye, when the kid was 12 on tour with Korn.

Much of the podcast focuses on Trujillo’s early career, fitting the “ex-man” theme as a former member of Ozzy Osbourne, Suicidal Tendencies and Jerry Cantrell. Chatter has also surfaced around Mass Mental and Infectious Grooves, two funk metal bands Trujillo played in during his youth, both of which reformed in the mid-2010s.

With experience comes wisdom, and the bassist had a strong message for young musicians starting out.

“When you’re in a band it’s all about the relationship. Creative people can be very complicated as people in life as individuals. It’s one thing to be able to play. You have to be able to play… it becomes you have to walk in the door. But then you have to be able to be a strong individual with these guys that are going to be your new family. A lot of times you’ll have some sort of role in that group that you can’t you don’t have in other situations. It’s imperative that you take responsibility, not just as a player, which goes without saying, as a friend, as a supporter,” Trujillo advised (transcribed by Loudwire) .

These situations can also be difficult at times, which Trujillo testified: “Every band I’ve been in – Ozzy, Jerry Cantrell – I’ve had everyone, no disrespect, the worst of their lives. [in regards to drugs and partying]. At that point, it’s like, ‘Okay, how do I make this work? How can I stop the volcano from erupting?'”

He felt he was able to read the room correctly and get a sense of someone’s emotional situation, identify it, and use that information to better maintain a positive vibe in that room.

Since a band is often considered a family in their own right, the rocker urged taking what you learn from interacting with friends and family and applying it to the band.

“I try to point that out to Tye, my son, because he’s in a few bands and having the best time of his life,” Trujillo told Coyle, who is Bad Wolves’ guitarist, “And I said, ‘Just remember, when you go on the road, you want to be balanced and you want to balance the people around you. You want to be responsible and take care of your end of the bargain.

Tye has been bouncing between his own bands in recent years, in addition to playing a gig with Suicidal Tendencies last year, and is currently in the midst of a small series of tour dates with OTTO and his Bastardane tour mates, which includes Castor Hetfield, son of Metallica’s James Hetfield, on drums.

Citing examples from his own life that he passed on to Tye, Trujillo recalled: “For example, lobby calls – when he was with Korn when he was 12, I was his personal tour manager. assured that he was ready for his lobby calls because he didn’t like getting up early (of course, nobody does), but I said, “You don’t want to be the guy who arrives late. “”

“I told him a story about me when I was that guy holding everyone down,” he continued, “and it was actually [guitarist] Rocky [George] who had to pull me to the back of the bus when I joined Suicidal [Tendencies] and he’s like, ‘Man, you’re coming in 20 minutes late to pressure calls. Everyone is waiting for you. We have to go to the next town. And I said, ‘Man, I’m sorry.’ There was clarity there. I didn’t say, ‘Oh, fuck off, man. I do what I want.’ No, I realized you can’t be that guy, it’s about the team.”

Listen to the full interview below.

Robert Trujillo on The ex-man with Doc Coyle Podcast