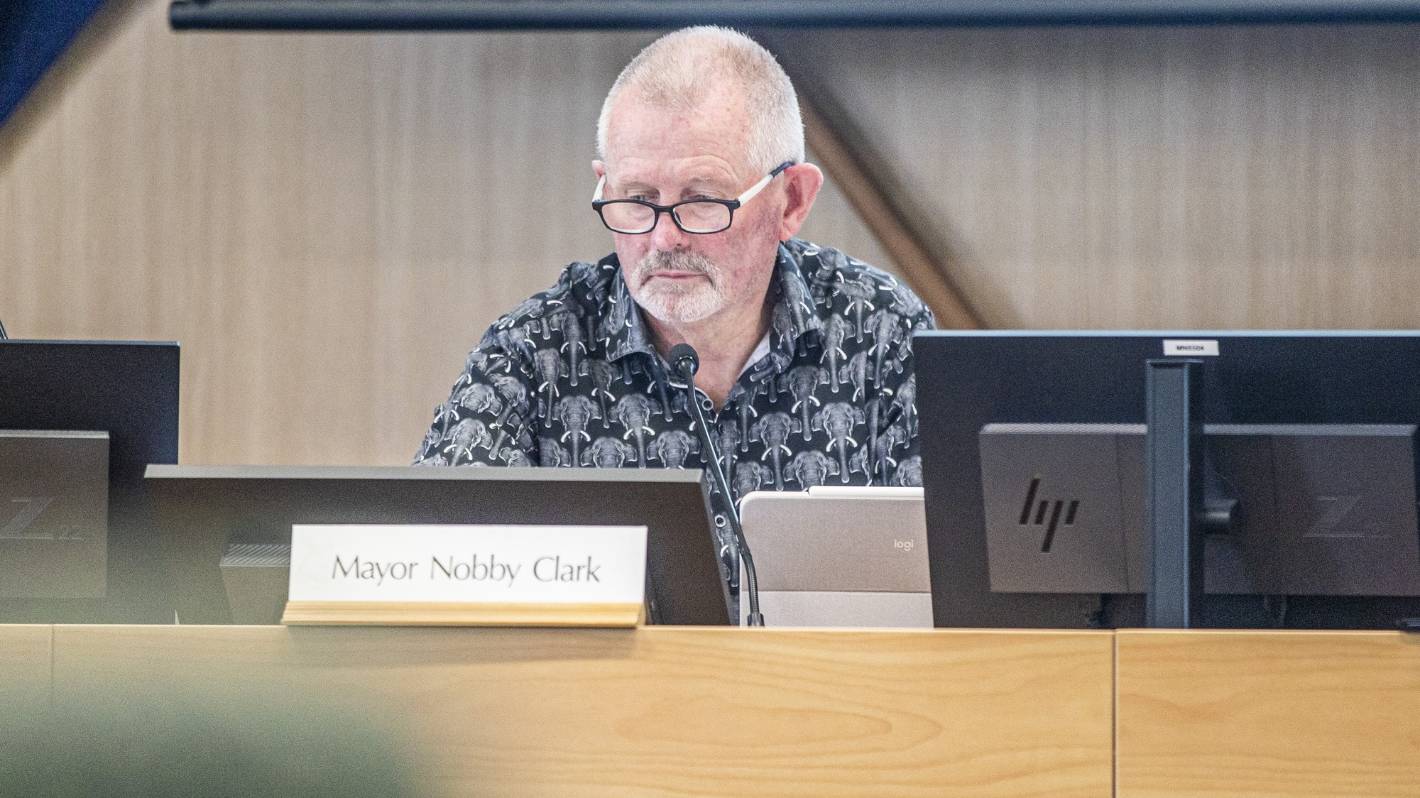 Mayor Nobby Clark says some heat needs to be removed from Invercargill City Council’s long-term plan due to inflationary pressures.

Invercargill City Council turned to Infometrics to provide economic details to help with their financial planning.

Economists Brad Olsen and Nick Brundson spoke to advisers on Tuesday, while Clark also had a brief chat with Olsen when they were both in Nelson for a meeting this week.

The message was clear that inflation would continue to add cost pressures for boards. Inflation is expected to peak between 7 and 8 percent this year and remain high through 2024.

READ MORE:
* Economist: the impact of the closure of a foundry would be “much less pronounced”
* Invercargill City Council’s costs continue to rise in legal battle against Shadbolt
* December 2025 circled for completion of Invercargill Museum construction

During the mayoral campaign, Clark talked about wanting to cut spending on the Invercargill council’s long-term plan by $50 million. Clark suggested stopping Stage 2 of the streetscapes project, stopping the upgrade of the council’s civic administration building, as well as the museum storage facility in Tisbury.

“I intended to take $50 million [of expenditure] outside was my vision. But that will depend on what happens with the new museum and the warehouse that goes with it.

Clark said the latest information from economists confirmed that it was necessary to stop the next stage of the streetscape project and the upgrade of the civic administration building – to save $40 million.

Olsen suggested councils may struggle to deliver on their long-term plan given cost pressures, Clark said.

“It only reinforced what I already knew. But rather than just being Nobby’s worldview, it was Brad [Olsen’s]. They are quite precise in what they do.

“We will continue to do the museum, but we have to reduce the heat of the beginning of the long-term plan a little.”

Clark said if they dig less than planned over the next two years, it would help ease the strain on both council finances and ratepayers. His personal opinion was that $40 million less in borrowing was a good goal.

“If you don’t borrow $40 million, you don’t have to use your operating budgets, which are currently under pressure, to pay off that debt.”

That didn’t mean they wouldn’t complete the discontinued projects at a later date, Clark said. But with the advice given, he expected that a delay of at least two years would be necessary.

Clark wanted to make sure that taxpayers weren’t lumped in with a big rate hike while dealing with rising inflation in their daily lives.

Although Clark reiterated that he had no hesitation in thinking that building the museum was a top priority for the next three years.

“It would be easy to remove that, but given that we are relatively conservative in our debt load and our net debt is low compared to most councils, I think we should still go ahead with it. the museum.”