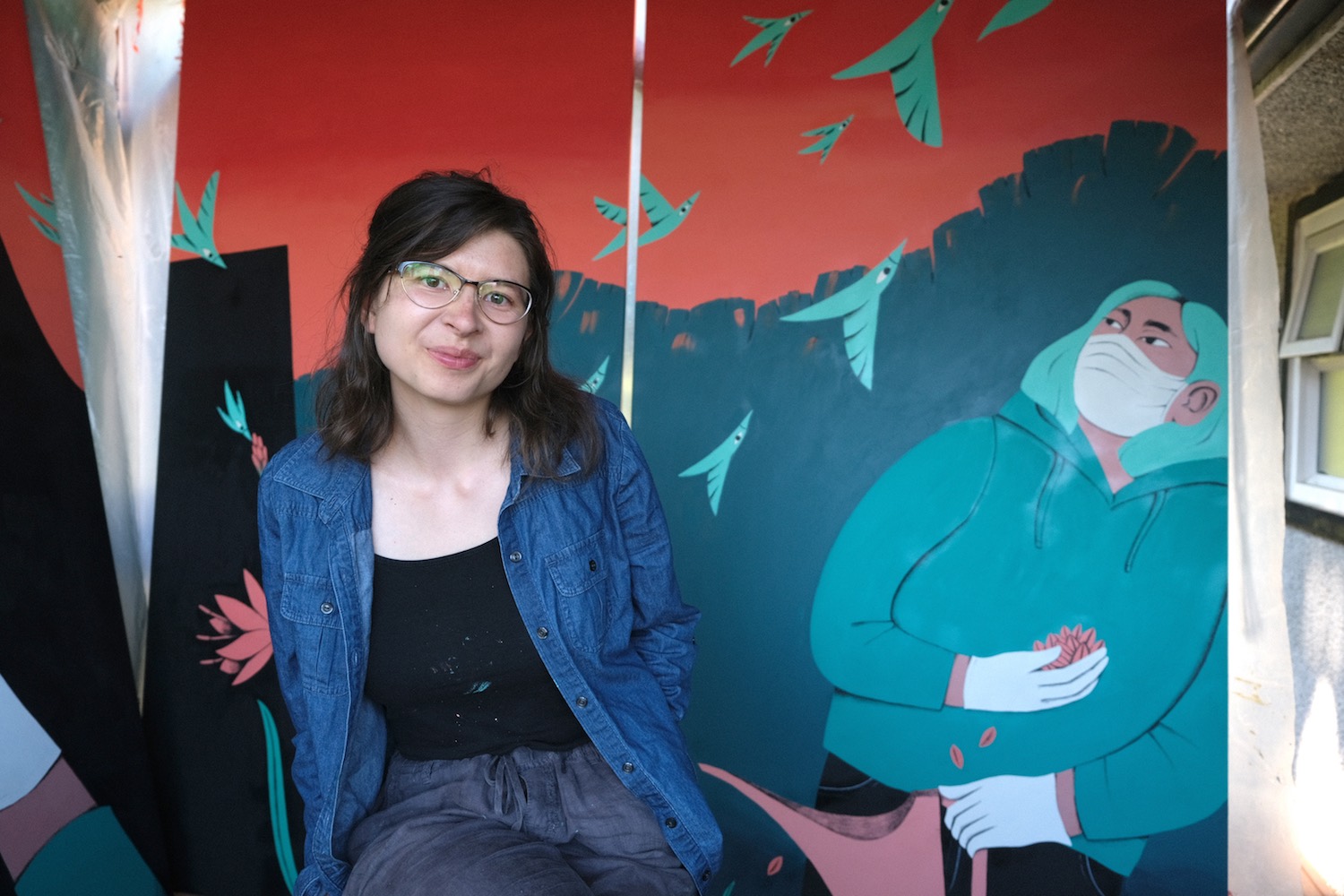 It’s time to be proactive when it comes to saving urban wetlands and natural spaces.

EMILY THIESSEN AND I meet for coffee at Little June, the coffee shop on the corner of Gladstone and Fernwood, to talk about the way to Bowker Creek, and an adjacent seasonal wetland in the Shelbourne Valley that was once surrounded by black poplar trees near his parents’ house. “They cut [the trees] down today,” says Thiessen, an artist and activist, and tears well up in her eyes. She continues to cry intermittently for the next hour as we sift through the controversial story of a Saanich-approved rezoning and development permit at 1554 Christmas Avenue, as well as her work as a muralist and painter. printer, and his desire to see people mobilize in anticipation of future developments on land with ecological potential. 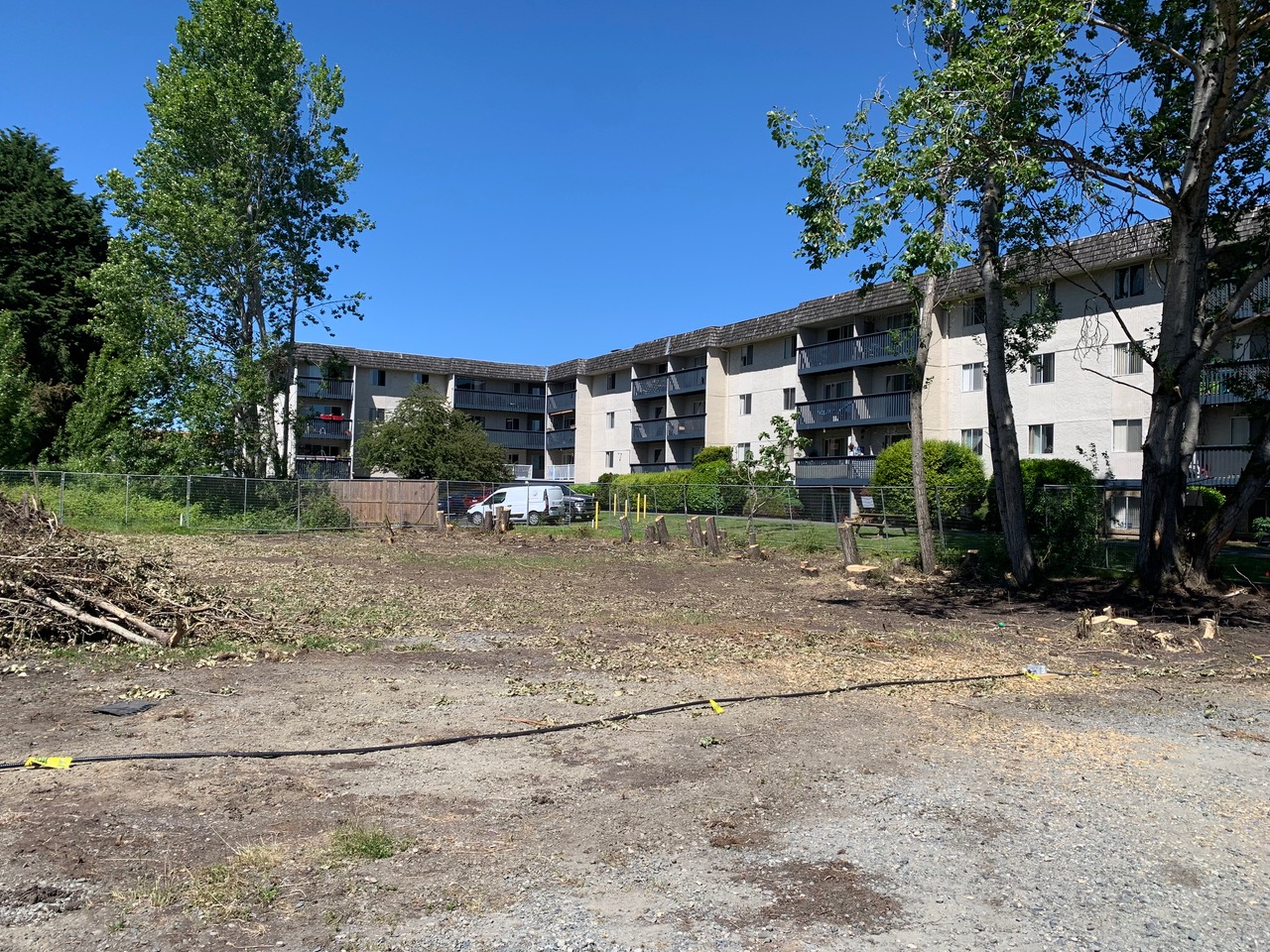 The Christmas Avenue development and rezoning permit was approved by Saanich Council in August 2021, despite strong objections from local residents, groups such as the Mount Tolmie Community Association and the Friends of Bowker Creek Society ( FOBC) and Advisor Nathalie Chambers. Councilors Judy Brownoff and Ned Taylor opposed the rezoning and development in the Council vote (Chambers was absent). Thiessen’s tears are not just about the loss of a piece of land that provided habitat; “I should have done more,” she says.

Beneath the ground at 1554 Christmas Ave runs a culverted section of Bowker Creek, an urban creek I wrote about for this magazine when FOBC volunteers were working to reintroduce chum salmon to the lower section of the urban creek.

Bowker Creek flows from its headwaters at the University of Victoria to the Shelbourne Valley, passing through the municipalities of Saanich, Victoria and Oak Bay before exiting into Oak Bay proper. In the fall of 2021, FOBC volunteers placed 28,000 chum salmon eggs in the creek gravel; they have since hatched and the fry have successfully entered the sea. It is hoped they will return in 2024 for the first successful salmon spawning event at Bowker in over 100 years.

Bowker Creek runs just east of the cut cottonwoods at 1554 Christmas Avenue at the edge of the property, making the rest of the property an important buffer for the creek. Most of the property was what Thiessen and many residents identified as a seasonal wetland, where ducks would winter and the yellowing leaves of black cottonwood trees would fall into it each fall.

In Saanich’s 2012 report, “Shelbourne Valley Land Use and Urban Design Study,” the consultants recommended that three areas of the Shelbourne Valley, including 1554 Christmas Avenue, be included as future park space in a developing neighborhood. full growth. The plot was included in the Shelbourne Valley Draft Plan, until 2017 when the ‘planned park space’ label was quietly removed. Thiessen recalls his parents (and many others, including Mei Ang of Louise Place) interviewing the planners, who assured them there was still a commitment to acquire the property as a park. But a year later, it was sold, and the new developer owner offered a 25-unit condominium, with no designated affordable units.

When Saanich approved the rezoning and development on August 17, 2021, it was on the advice of a biologist who said the property did not meet the definition of a wetland and did not contain any wetland species. . Cottonwoods (which some might define themselves as a wetland species) were considered unsuitable in an urban setting and needed to be removed.

“My parents went to council meetings,” Thiessen says, and his parents’ words are recorded in the Sooke News Mirror on August 12, 2021, arguing that Saanich, in approving the development, would disregard “the need for green space”.

Until the Christmas Avenue development proposal, Thiessen’s work focused more on issues of global social justice. During her undergraduate studies, she joined Divest UVic (a group fighting to divest from UVic’s investments in fossil fuels and other climate-damaging businesses), then Rise and Resist, ending up on the RCMP Community-Industry Response Group watch list. In 2019, Thiessen helped found Climate Justice Victoria and participated in the Wet’suwet’en and Global Climate Strike protests. She painted murals and designed posters for protests during her anthropology degree, first as a volunteer and then as a paid artist, illustrating reports for nonprofits and screen-printing banners. for steps. 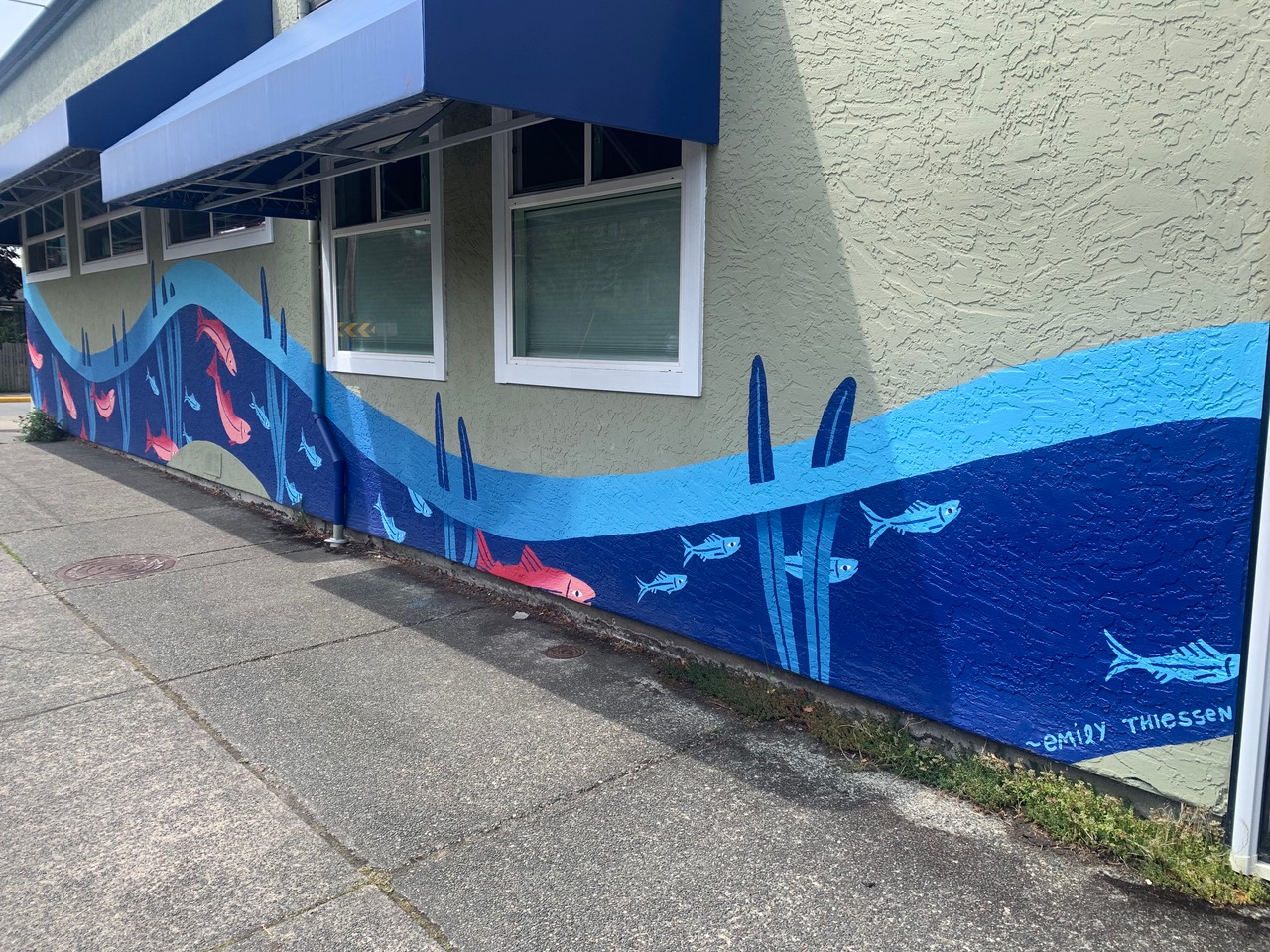 Mural by Emily Thiessen on the corner of Gladstone and Stanley in the Fernwood area. (Photo by Maleea Acker)

“Not everything can be depressing.” she says, “You have to inspire people too.” She quotes the famous maxim of Toni Cade Bambara: “the role of the artist is to make the revolution irresistible”, and smiles.

In recent years, Thiessen has begun commissioning murals in the capital region. She painted one for the Victoria Event Centre, another for the community of Oaklands, focusing on the threatened ecosystems of the Garry Oak Meadows. This summer she is working on a mural in Rock Bay Creek, at the corner of Stanley and Gladstone. Rock Bay Creek is a buried but not forgotten creek that meanders from Fernwood to Rock Bay. She has also worked with First Nations artist W̱SÁNEĆ Sarah Jim through the Victoria Art Gallery. Art, says Thiessen, helps him communicate, “it defines things. It brings people together. It builds movements in a happier way.

As the cottonwoods fall at 1554 Christmas Avenue, it seems to Thiessen that Bowker Creek isn’t close to being truly respected, as a waterway that needs more space, with more wetlands and shaded corridors through which to meander. Thiessen wants people to learn from his experience. For others who live near an ecologically promising plot, she advises, “Before development happens, get the neighbors together and start doing the restoration. You need people who are actively interested, who are starting to build a community, who can not only write letters but also speak to the media, even do guerrilla warfare.

She wishes her community had taken note of the Christmas Avenue property earlier and started restoring it on their own, adding species that might have contributed to its status as a residual wetland. “We should start mapping other areas of the creek,” she muses, “telling neighbors to pick up trash, have a block party.” Essentially, she wants people to get together and take care of a place before it gets noticed by developers, even if it’s on what’s currently called private property.

Recently, Thiessen moved to the Comox Valley, where she began an apprenticeship as a fine art printer. She noticed that the Comox Valley still has working creeks, that even in residential areas, wilderness seems to co-exist with development. “If we could have more of that here [in Greater Victoria], that would be nice,” she thinks. Thiessen is also shifting her activism to include not only broader political work, but also local ecosystems. “If you only do the big things, you miss the little ecosystems.” The lesson of trying and failing to save the Christmas Avenue property is not lost on her: “When I tried to save it, [the work] was brand new to me. If I had worked small all the time, I might have had more influence.

Maleea Acker’s post-doctoral fellowship focuses on nature-based solutions for water and climate. She currently works with several local communities and nations to encourage private landowners to protect and manage ecosystems. His new book of poems, Hesitate once to feel the gloryis available from Munro’s Books.